Old men on their sea 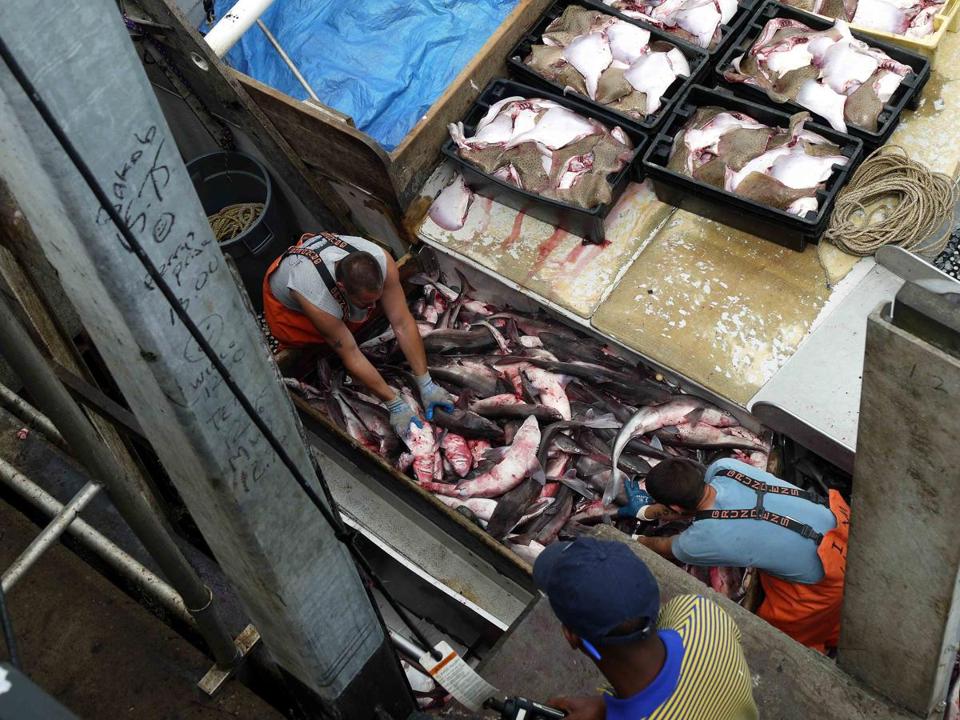 CHATHAM — From the vantage of the visitors’ balcony above Chatham Fish Pier, Fred Bennett scans the harbor with a practiced eye and begins to tick off the early season fleet.

“There’s one scalloper, two lobstermen, two boats waiting for dogfish, one longliner, one handliner,” he says. Then he pivots, puts a hand up to shade his eyes and looks into the glare of the sun off the water. “That’s another longliner,” he says, pointing. “And another scalloper and two gillnetters going for skate. There’s often a dragger in here, but he must be out fishing. Later in the summer, we’ll have the harpoon boats with their long pulpits.”

For those of us more accustomed to scanning the restaurant chalk boards for daily specials that say “Chatham day boat,” it’s an education in the sheer variety of fishing vessels that land their catch at Chatham — and to how many different fish they land, especially now that old standbys like cod and haddock have come under tighter regulation.

A ruggedly built man with big hands and forearms like Popeye’s, Bennett sounds almost wistful as he talks about working on the water. “I spent 40-odd years fishing,” he says. “I went after everything from cod, haddock, and flounder to giant tuna — anything that swam. I paid for my house scalloping.”

KEEP UP WITH THE FLEET